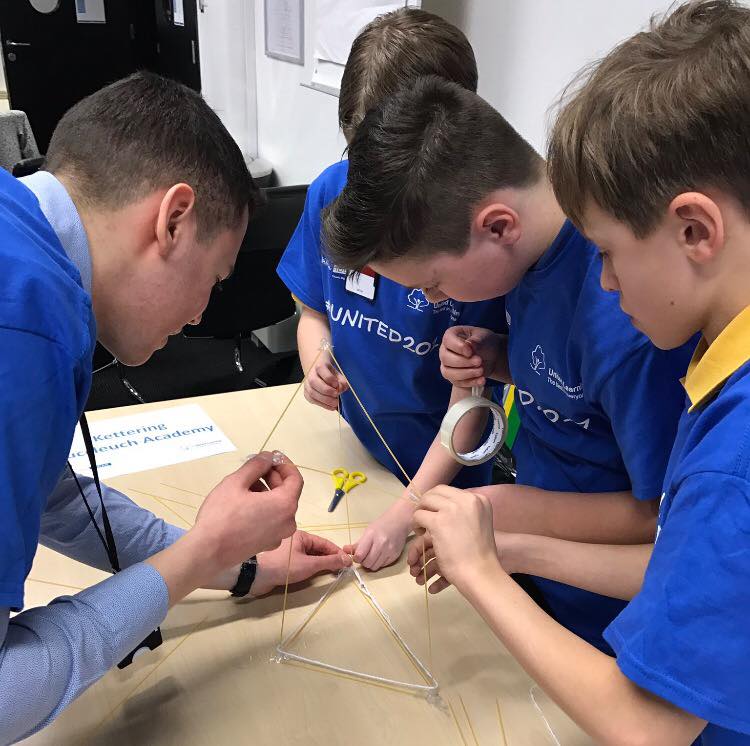 It only feels like yesterday, that we were discussing the idea to create a special educational ideas competition with one of the largest educational bodies in the UK, United Learning. Since the first discussion in 2014, it has evolved to become a huge national enterprise competition where we challenge the students in Year 9 to generate educational app ideas that could have a global impact – The best thing about the competition, is that we make the winning idea a reality!

The competition is now into it’s third year and this year we had a record 496 teams participating. This builds on the fantastic entries of 2016 when we had 444 teams and 2015 when we had 181. As a result, we can now proudly boast that over 1000 teams (1121 to be precise) have had the opportunity to think creatively and take part in the competition. This equates to roughly 4,000 students.

7billionideas launches, organises and runs the competition with the support of United Learning. We visit all the schools at the beginning to launch the competition in style. Teams then have roughly six weeks to form, generate an idea and work on their entry. We then have the extremely difficult job of going through all the ideas and picking 50 for Round 2 (which is what we did last week for this year’s competition!). Those teams then create videos to demonstrate their passion for their idea and plans to promote it if they were to win. Eventually, 10 teams are invited to take part in the final and pitch to win the competition.

“#UnitedApp has grown ever more popular since we first launched it in 2014 and it is something that I know students in our schools across the country look forward to.  The competition is an exciting way for our students to develop their creativity, communications skills and entrepreneurship while learning about things like coding and market research. Each year, the calibre of entries we receive has been impressive and the competition continues to demonstrate how talented our students are. This year, in particular, we are keen to see what our primary pupils come up with for #UnitedIDEAS.”

‘To be part of this competition from the very start is something we’re incredibly proud of at 7billionideas. Every year we have the privileged opportunity to visit so many schools in a short space of time and each year the standard of entries are improving. It’s been a wonderful relationship with United Learning which has extended further this year to working with all their primary schools launching a second competition called #UnitedIDEAS. We hope that with the support of the sponsors (IBM, Casio Projectors, IDNS and Clevertouch), that these competitions can continue in the future as we do our bit to encourage and support the next generation of entrepreneurs and intrapreneurs.’

We can now look forward to the conclusion of the in school competitions at a primary school level and receive the videos in January to complete Round 2 of #UnitedApp. To learn more about our trust competitions, comment below and we will get in touch!