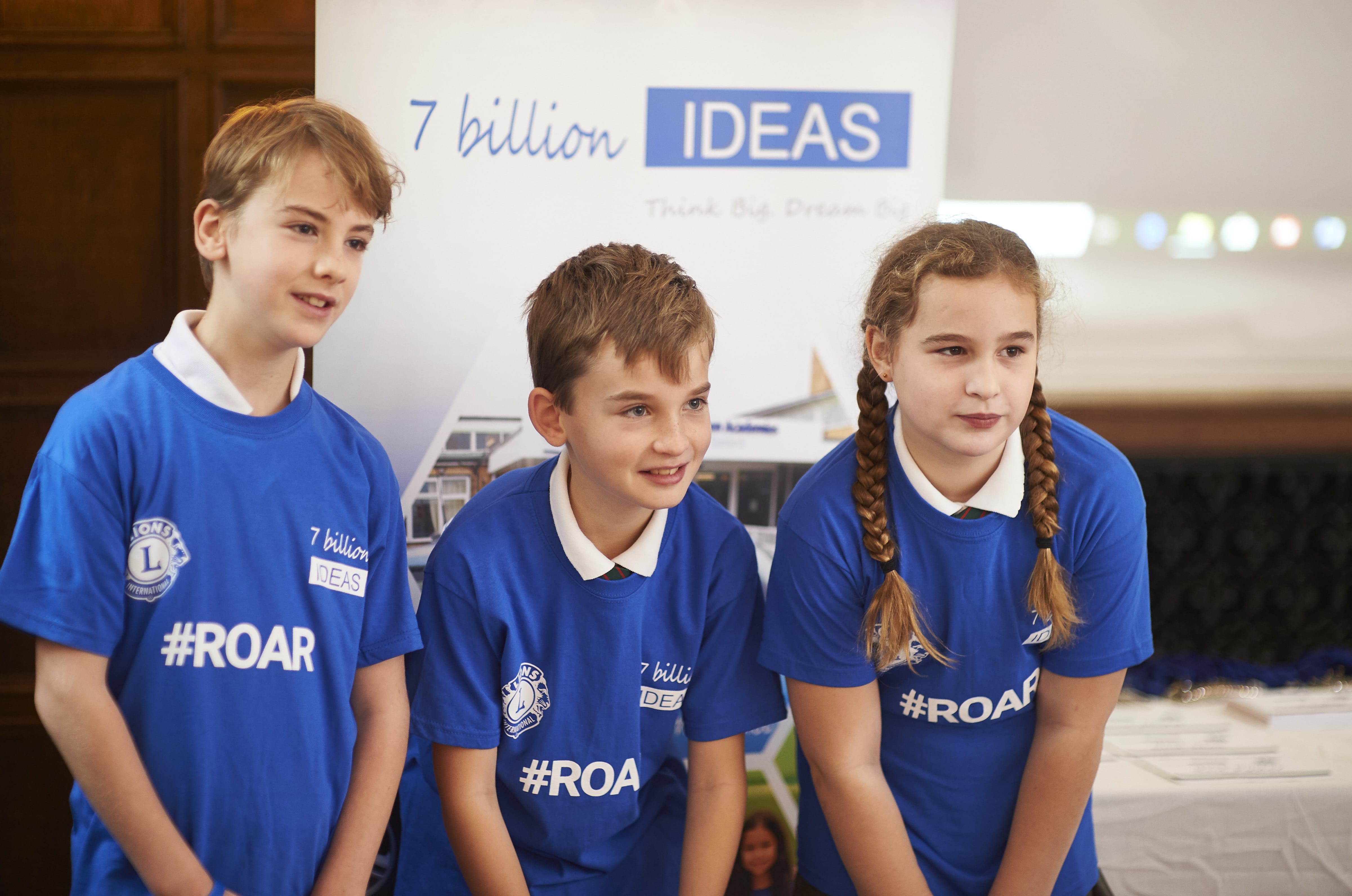 7billionideas and the Lions Charity have gone into partnership for the 2nd year to launch a competition to unleash the wealth of ideas and creativity among the youngest minds in the country. The #ROAR roadshow will see 10,000 children from 65 primary schools across the UK to compete against each other to come up with ideas that might just change the world.

The competition is designed to give a platform for our innovators and entrepreneurs of the future. The young pupils will generate a variety of world changing ideas which will could be linked to multiple topics, including politics, health, sport and sustainability. Since its inaugural event last year, the competition has generated a fantastic array of unbridled ideas, from solutions to use plastic to build schools in third world countries, to specially designed ‘tree pencils’ which are equipped with seeds for re-planting.

ROAR 2018 will see children between ages five to 11 take part in the competition. They will be encouraged to work in small teams to form their ideas, before creating posters, models and presentations to introduce it to their schools. Eventually, one team from each school will be chosen to go through to the #ROAR 2018 final in Wakehurst where the overall winner will be chosen.

The winning team will see their idea take shape in the form of a lovely, colour-illustrated story book, that introduces their idea to the world, a life-long memento of their success as well as an inspiration to continue to think big and dream big.

7billionideas Director, Jennifer Pool, said, “Young children are astoundingly creative and it’s thrilling to see what they are going to come up with next. It is vital that we equip children with the passion and skills to dream big if we are to leave a legacy of world-class leaders to take on the next generation’s challenges”.

David Skinner, from the Lions Charity, commented, “We were really encouraged by the success of the ROAR programme last year and are delighted to double the size of the scheme with 7billionideas in 2018 including launching it in the Midlands. We’ve seen huge enthusiasm from children and parents so far and are confident that we will see even greater creativity.