7billionideas launches the winning ideas for UnitedApp and United Ideas 2017 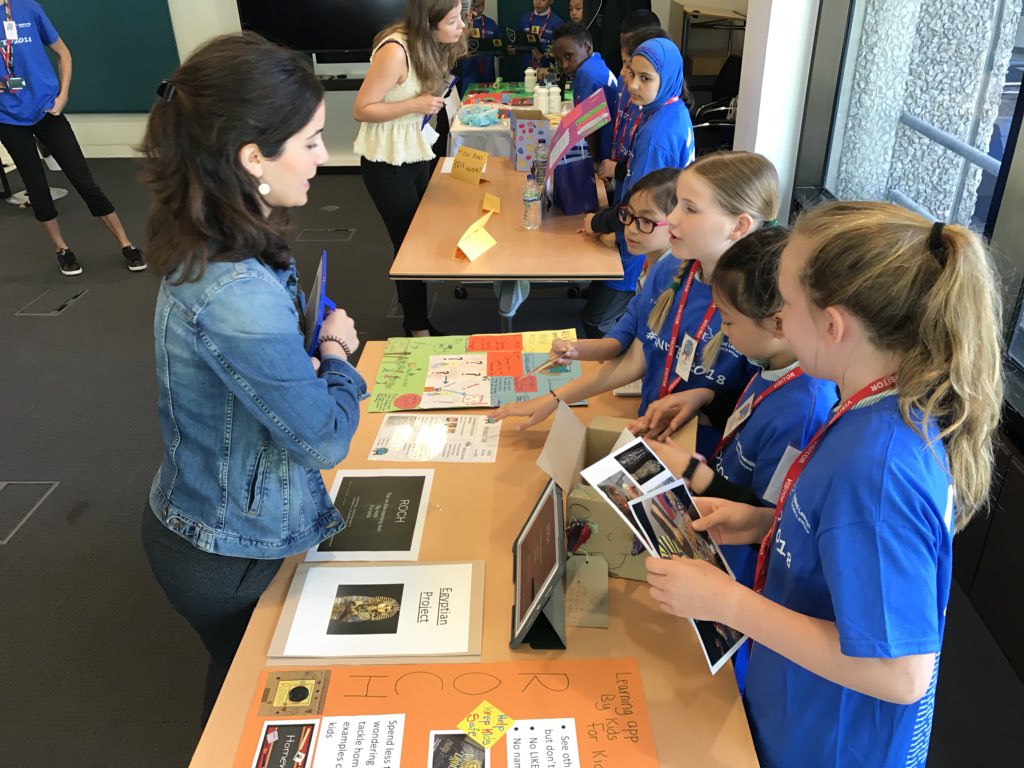 The UnitedApp and United Ideas winners for 2017 launched their winning creations at an exciting finals event.

For Richard Rose Morton Academy, this meant the culmination of months’ hard work as they unveiled their anti-bullying app and released it on the App Store. Meanwhile, primary pupils from Corngreaves Academy launched a book about their own idea for combatting bullying – ‘The Brilliant Belt’.

As part of UnitedApp, which is run in partnership between 7billionideas and United Learning, Year 9 teams from United Learning schools compete each year to create an innovative, educational app design. From over 400 initial entries last year, 50 teams were shortlisted and asked to make videos explaining their app ideas. The ten finalists were then invited to pitch their design to a panel of judges at the final in March.

The competition winners from Richard Rose Morton Academy designed an app called ‘STOP’, which aims to prevent cyberbullying by giving students and their parents the information they need to recognise and tackle the issue. Over the past few months, the students involved have been working with United Learning’s in-house IT team to develop their original ideas into a fully-functioning app. It is now downloadable from the App Store for iPhones, along with previous UnitedApp winners such as ‘Financial Helper’ from Greenacre School and ‘How Can I Help’ from Nova Hreod Academy.

2017 was also the first year of the Group’s sister competition – United Ideas – for primary pupils around the country. Key Stage 2 children taking part in the inaugural year were asked to devise and submit a ‘world-changing’ idea, providing solutions to issues that they feel strongly about in their communities.

Amidst a range of thoughtful and exciting ideas, the judges named Corngreaves Academy pupils as the first winners of United Ideas. Their ‘Brilliant Belt’ invention was also designed to combat bullying, with a camera-equipped belt able to record any incidents of bullying and call for help. The pupils have now created a book based on their idea which is purchasable from Amazon.

“One of the most exciting things for schools through these competitions is the opportunity for students to see their ideas through from conception to delivery. All of last year’s finalists presented brilliant ideas but we were particularly impressed with the winning teams from Morton and Corngreaves Academies. It was therefore a real pleasure to see the launch of ‘STOP’ and ‘The Brilliant Belt’, which are the sum of months of dedication and hard work from students, staff and our partners at 7billionideas."

“With the competitions for 2018 already well underway, we have had another challenging judging process! Due to the high volume and quality of entries, we have decided to increase the number of schools shortlisted for Round 2 from 50 to 75. We therefore look forward to seeing how these advance and mature over the coming weeks.”

David Harkin, CEO of 7billionideas, said of the two competitions:

“UnitedApp 2018 and United Ideas 2018 have so far been huge successes. With over 400 teams taking part in UnitedApp this year, the judging to put 75 teams through to Round 2 was harder than ever. The students and the schools have continued to up their game from each year and it was evident that thousands of hours of hard work have gone into this year’s ideas from across the country.

“Those teams will now be creating videos to attempt to get themselves into the final next March. United Ideas is also developing nicely with many schools now holding their in-school finals as the teams prepare to present their models, posters and stories. We can’t wait to see how both competitions unfold in the New Year.”