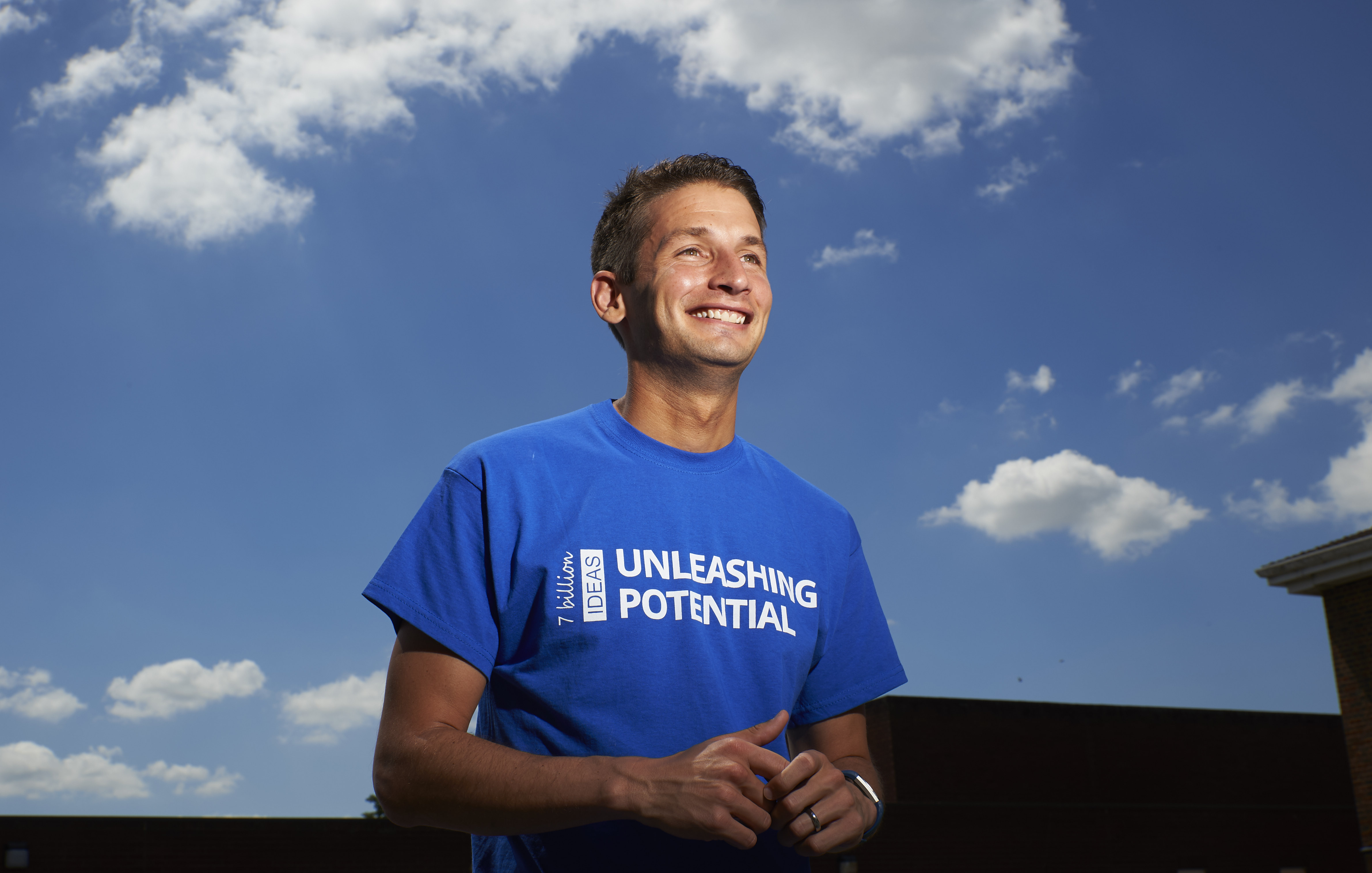 David Harkin, CEO of innovations company 7billionideas has been shortlisted as Entrepreneur of the Year for the highly prestigious UK Business Awards, 2018. The accolade recognises David’s outstanding achievement in progressing 7billionideas, an ideas company that exists to create memorable moments in businesses and schools around the world by connecting people with their own ideas.

An entrepreneur with a passion for helping create entrepreneurs of the future, David places himself right in the centre of education and industry, providing not just a link but a springboard into business for enterprising pupils across the world.

The business, established six years ago, stemmed from David’s vision of a social media app to link the seven billion people on the planet with their own ideas. The concept quickly caught the imagination of the public, raising a record £30,000 in just two hours via Crowdfunding. “We realised that 7billionideas had massive potential if we could just harness its philosophy and take that out to the entrepreneurs of tomorrow”, David explains. The company began collaborating with some of the largest corporations in the world, before embarking on a strategy to bring this entrepreneurial spirit into schools. He was swiftly taken on as Entrepreneur in Residence in several UK and international schools, offering a unique blend of initiatives designed to involve pupils, teachers and school leaders in connecting with their own ideas.

To date, 7billionideas has worked with 60,000 pupils in 400 schools across the UK, Europe, Dubai and Asia, untapping entrepreneurial as well as intrepreneurial spirit. More recently, it has launched 7billionideas in a UK young offenders’ institute as well as a psychiatric hospital. “I believe everyone has at least one good idea and very often they just need the confidence and skills to see their ideas valued – and maybe turned into something amazing”.

On becoming a finalist for The Business Awards 2018’s Entrepreneur of the Year, David commented, “I’m really honoured to be acknowledged for this prestigious prize. It’s wonderful to have the whole team at 7billionideas recognised in this way, and to see the importance of entrepreneurship itself honoured by industry experts”.

The UK Business Awards final will be held on 7th December in London.